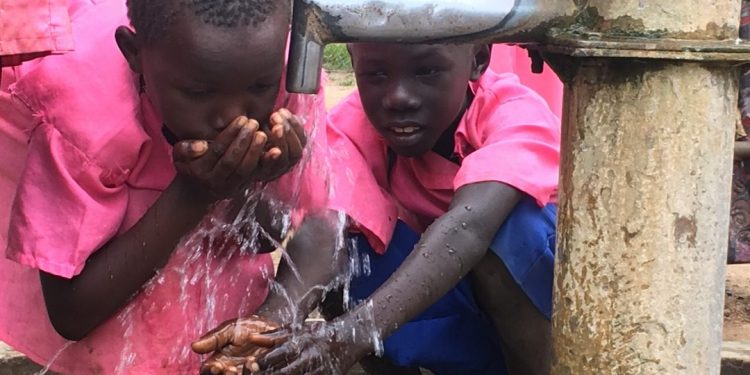 Kampala was hit with a typhoid outbreak in 2015. The problem was attributed to the low hygiene standards downtown where most of the water used in making beverages and preparation of food is contaminated.

A survey by Twaweza Uganda has revealed that despite urban areas having more improved sources of drinking water (73%) during the wet seasons, they are also vulnerable to contaminations – especially in the wet season due to the many “hanging latrines” in the low-end settlement areas.

Hanging latrines are toilets situated above water – either a stream or lake or piped directly into drains or streams.

Health experts say that hanging toilets are particularly dangerous because they endanger public hygiene and encourage the spread of water-borne diseases such as typhoid and cholera.

The Twaweza Sauti za Wanachi survey revealed that 25% of households in urban areas use hanging latrines. This explains the water contaminations Kampala city as confirmed in a 2017 research paper by the BMC team on Public Health.

The team collected juice samples from the Nakasero, Owino, and Shauriyako markets, and 100ml water samples were collected from unprotected water sources such as unprotected springs (i.e. underground water sources that do not have barriers protecting them from contamination and run-off) and commercial vendors in Kampala Central Division.

Uganda’s struggle to achieve the Sustainable Development of Goal Six on clean water and sanitation is still an uphill task considering that safety and affordability of drinking water for all by 2030 requires investment in adequate infrastructure, provide sanitation facilities, and encouraging hygiene at every level.

Currently as the Sauti za Wanachi survey rightly found out, households in urban areas have better access to clean and safe water than their rural counterparts while wealthier households are more likely than the poor to access drinking water from an improved source.