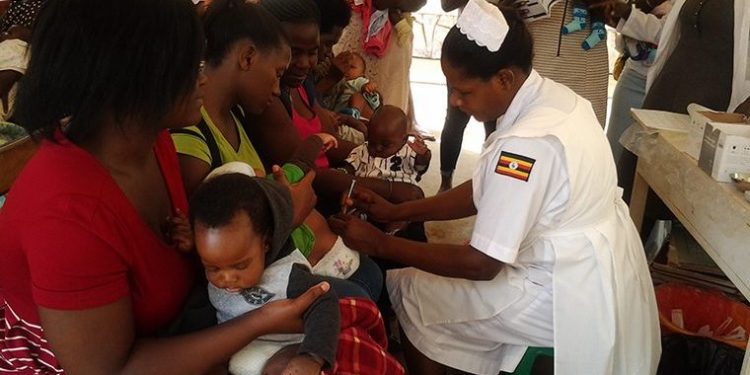 The Ugandan government has made numerous efforts to improve the health sector of Uganda over the years. This has been done through constructing more public health centres, buying medical equipment and other medical supplies, training doctors, among others.

Despite the progress made, Uganda still ranks among countries with the high infant and maternal mortality rates, the lowest doctor to patient ratios and stories of patient extortion, lack of medicine and doctor absenteeism are commonplace.

Uganda’s doctor-to-patient ratio is estimated at 1:25,725, with a nurse to patient ratio of 1:11,000. The World Health Organisation (WHO) recommends one physician per 1,000 people.

To add more salt to the wound are the exorbitant prices that Ugandans have to cough both at private and public health facilities. A visit to a health centre averagely costs about Shs12,000 and Shs110,000 in a private clinic.

Transporting a patient from a rural area to a referral hospital costs not less than Shs90,000 and treatment might shoot to as much as Shs650,000. That is in a country where over with the least number of ambulances in the region.

It is no wonder that a recent survey by Twaweza Uganda found that although 51% of the population had sought treatment from a government facility, they left dissatisfied.

According to the findings, 31% of the respondents complained of long waiting time, while 29% didn’t find medicine and other medical supplies from these health facilities.

What makes matters even worse is that about 98% of Ugandans don’t have health or medical insurance. The government has however outlined plans to implement a national health insurance scheme. According to the scheme, all able Ugandans will be compulsorily remitting Shs100,000 monthly access free healthcare.

In the 2019/20 budget, the government allocated Shs2.6 trillion to the health sector with a plan to boost the wages of the ever-striking health workers, upgrading 124 Health Centre Twos (HCIIs) to Health Centre Three (HCIIIs) in 99 Local Governments and to construct staff houses and maternity wards in 81 health centres.

The budget allocation however still falls short of the Maputo Declaration that resolved that all signatory governments must dedicate at least 15% of their budgets to the health sector.

VIDEO: Someone hasn’t spoken more than five times in Parliament but claims he wants to become president — MP Peter Ogwang hits out at Bobi Wine

VIDEO: Someone hasn’t spoken more than five times in Parliament but claims he wants to become president -- MP Peter Ogwang hits out at Bobi Wine