MUKWANO: The Ugandan Dangote? Over 95% of Ugandan households have used a ‘Mukwano’ product 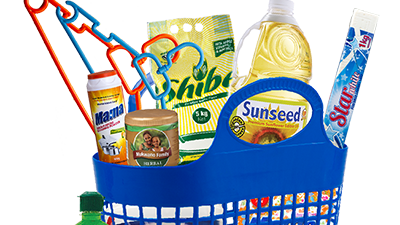 The proprietor of Mukwano Group of Companies Amiral Karmali who was announced dead last night is worth celebrating as his multi-billion investments have improved the social and economic lives of all Ugandans.

Karmali, a Ugandan of Indian origin was a victim of Idi Amin’s expulsion of Asians in 1972 but he laid low and never went into exile as he remained ‘hidden’ by good samaritans.

After doing several businesses over the years, he set up Mukwano Industries Limited in the early 1980s that produces products like; cooking oils and fats, toilet soaps, cosmetics, industrial plastics and detergents that have touched lives of everyone rich or poor.

Mukwano products cannot easily be skipped in our daily lives. If you skip using his White star soap, Chapa Nyota or Nomi washing powder, at least you will use his plastic basins and buckets for washing. Middle-income individuals with flushing toilets can use Supa liquid detergent to clean them.

When it comes to cooking, everything Ugandan has at least used a Mukwano product ranging from Tamu baking fats, Sunseed Sunflower cooking oil, Roki cooking oil, Mukwano vegetable oil to make lunch, and then to Mukwano tea. For nutritional products, he has Shide porridge and Mufigo soya.

When Ugandans became more sophisticated and started demanding for bottled drinking water, Mukwano was there to provide Aqua Sipi.

For those who are already enjoying the middle-income status, Mukwano already set up malls to accommodate them. Some of his known malls include; Mukwano Shopping mall, Acacia Mall and Mukwano Courts.

Mukwano’s contribution to the social and economic status of Ugandans cannot be ignored, as his conglomerate employs at least 10,000 people and pays over Shs40 billion in taxes.