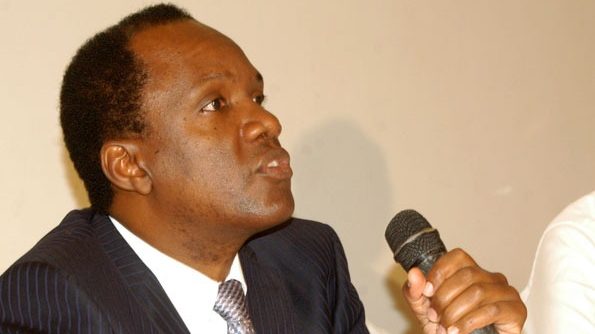 Simba Telecom Chairman and one of Uganda’s wealthiest businessmen, Patrick Bitature will have some heavy lifting to do after a new data leakage to investigative journalists implicated him in a possible collusion with two offshore companies to dodge paying taxes in a deal to acquire shares in Electromaxx, a thermopower generation plant.

According to an expose published by Daily Monitor on Tuesday, Bitature received money up to the tune of $10m from African Frontier 1 LLC (AF1 LLC), a company registered in Mauritius but with parent companies in two tax haven locations – Mauritius and Bermuda – a territory under the British control in the Atlantic.

Known for his massive investments in the hotel, telecom and other sectors, Bitature saw an opportunity to venture into renewable energy. He set sights on thermoelectricity and acquired majority shares in Electromaxx, a company that was building a Thermo plant in Tororo district.

With the stake, Bitature began to seek credit from potential investors and his pursuit led him to African Frontier Capital LLC, a company established in 2011 as a “Global Business Class 1 special purpose vehicle – which under Mauritian law enjoys fiscal benefits such as reduced withholding tax on dividends, interests and royalties, and pay no capital gains tax.”

According to documents acquired by the International Consortium of Investigative Journalists (ICIJ), Bitature would later receive $17.5m (Shs64bn) in three instalments from the Mauritius Company both as a personal loan and later as payment for shares in the Electromaxx.

Bitature did not pay any tax to Uganda on any of the above transactions because Mauritius is a beneficiary of a popular, legal and often secret instrument for multinational corporations to move capital across borders.

By taking advantage of loopholes in various national legislations and placing operations in countries with low taxes, companies and individuals can reduce their tax rate from around 35% to 25% to 15% or lower.

Several Ugandan businessmen and politicians have been named in multiple data leaks as using tax havens such as Mauritius, Seychelles, Bahamas – the latest being the Panama Papers that singled out Foreign Affairs Minister, Sam Kuteesa.

According to Bitature, there was no tax evasion on his or Electromaxx’s part since all they received was a loan and no loans attract taxes when they have no accrued any interests.

“As far as I am aware, nowhere in the world are loans taxed. Tax, if any, may arise only on the earnings out of the loan, be it interest or otherwise. All taxes, as applicable under URA and the laws of Uganda, have been fully accounted for in the financial books of Electromaxx and financial returns submitted per the tax laws of Uganda,” the tycoon is quoted by Daily Monitor as saying.

Bitature also said the Mauritius Company is no longer an investor or creditor of Electromaxx and the loan they got was paid back fully, with interest.

The company itself – Electromaxx is flying under the radar having dropped its power addition to the national grid from 50MW in 2010 to just 7MW in 2017 – only enough to keep their machinery powered.

Several analysts have come up to defend Bitature as having committed no offence in having ties with Mauritius companies unless URA can prove that he abused dodged paying taxes on the transactions.

“It’s not a crime for Bitature to have links in Mauritius. However, we need to know if he abused the ‘Thin Capitalisation’ rule by frontloading too much debt from Mauritius into his Uganda energy firm, Electromaxx, to blow up his expenses in order to pay less tax,” energy expert Jeff Mbaga told Matooke Republic.

PHOTOS: Miss World arrives in Uganda to witness the crowning of the next Miss Uganda on Friday