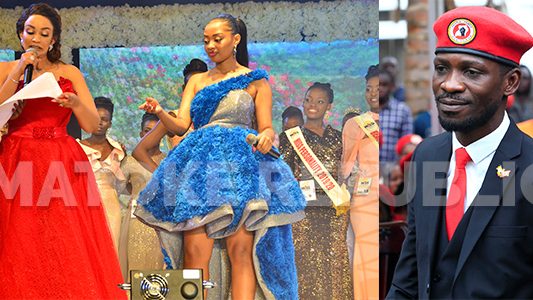 It was all smiles in the People Power Movement camp when Bobi Wine unveiled its regional coordinators on Wednesday last week at his home in Magere.

However a day later, opposition politicians especially from the Democratic Party Bloc came out to accuse the Kyadondo East legislator for making what they termed as a rushed move. They claimed that ‘People Power’ was a unifying slogan in the opposition that needed no immediate leaders. Abed Bwanika stated that Bobi Wine’s decision has made it so easy for President Museveni to crash the opposition.

Over the weekend, Quinn Abenakyo’s one year reign of being Miss Uganda came to an end as Oliver Nakakande was crowned the 2019 Beauty Queen at the Sheraton Hotel, Kampala.

However, many individuals are yet to recognize that Nakakande is the new Miss Uganda because a fight between two city socialites Zari Hassan and Anita Fabiola overshadowed the event.

It is alleged that the exchange started after Fabiola introduced Zari as ‘mama’ to announce the overall winner of the beauty pageant.

Attorney General William Byaruhanga tabled five bills in Parliament on Thursday as reforms government wants to make in the electoral laws ahead of the 2021 general elections.

In the proposed draft bills government wants independent presidential candidates not to form alliances with any registered political party, journalists and individual cameras not to be allowed within the voting area, political parties not to have any ties with pressure groups and the declaration of results to be made to only five people.

Tanzanian music star Diamond Platinumz on Thursday made his maiden appearance and performance at Comedy Store. The Tetema hitmaker lived up to expectations as he thrilled his fans by putting up an electric performance that left party-goers yearning for more. This was Diamond’s third performance in Uganda, the last time having been two years ago at the KCCA Carnival.