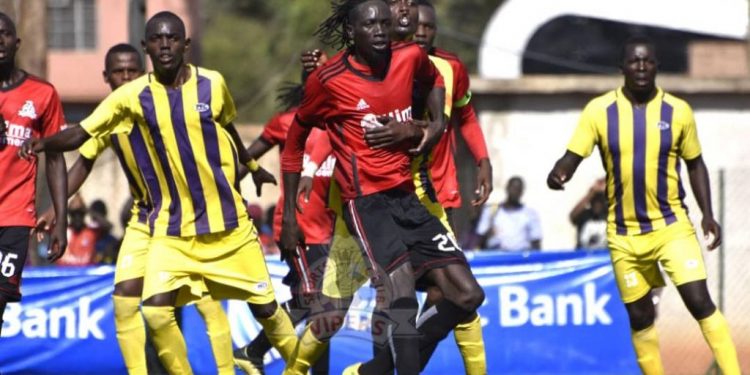 The second edition of the Pilsner Super 8 tournament kicks off today at the StarTimes Stadium Lugogo with Proline Football Club hosting Vipers Sports Club in the first leg.

The 2018/19 FUFA Big League champions Proline FC have had intensive preparations for this tournament and coach Shafic Bisaso believes the tie will set them further for their CAF Confederations Cup engagement against Malawi’s Masters Security FC.

“Vipers is a very good team and we expect it to give us a very good test ahead of our CAF game. We’re not looking at history, we won’t base on the previous encounter as this is a totally different game,” Bisaso said.

The last face between sides ended 2 – 1 to Proline, eliminating Vipers from the Stanbic Uganda Cup. Bisaso believes his side has improved a lot since then given the arrival of new players.

‘It’s good to have new players with experience like Hamis Kizza and we know it will help us,” Bisaso explained.

After opting not to participate in the maiden edition last year, Vipers will grace the tournament for the first time. Venoms skipper Halid Lwaliwa says a good display in this competition will motivate them ahead of the new season.

“We have to challenge for everything that is there to win this time. We play a good opponent who will give us a big test but we are prepared and ready to give them a real fight,” Lwaliwa said.

He added, “We have been preparing for this moment and we know it’s a knock out competition, therefore this is the perfect platform for all of us to define ourselves.”

The Kitende based side yesterday unveiled the new arrivals that included players and coaches. Head Coach Edward Golola will be targeting to test the new players and see how best they can suite in his system.

In the other games that will be played over the weekend, Mbarara City face URA, Tooro United has a long trip to the West Nile where they will play against Onduparaka and the Wakiso Giants – KCCA tie will be played next week.