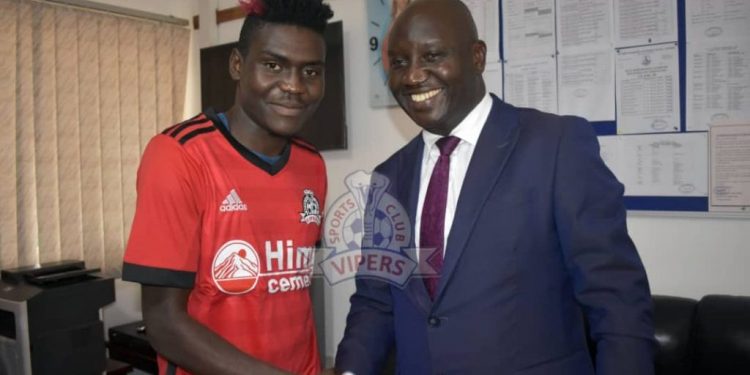 In a bid to reclaim the Uganda Premier League title, Vipers Sports Club is continuing to shape up its squad for the 2019/2020 season. Matooke Republic can confirm that Muhammad Shaban is a fresh recruit for the Venoms.

Shaban has joined Vipers after being released by Moroccan Premier League side Raja Club Athletic Casablanca. The goal poacher is no stranger to the Venoms family as he made his early football career breakthrough in their hands before joining Onduparaka Football Club.

In his last season in the local league, Shaban scored 18 goals in the 2017/18 season for KCCA FC before moving to the North Africa club. He made 7 appearances for Casablanca and scored one goal.

“I am thrilled to be joining Vipers SC. I’m looking forward to playing in the Uganda Premier League again. I’m keen to get started and make my contribution to the team’s efforts to win more trophies,” Shaban said.

New Vipers’ Head Coach Edward Golola looks to be expecting a lot from the striker as he was quoted saying; “Shaban is a very talented and good player. Our season last year showed us that we need options and quality to add depth to the squad upfront and Shaban is a proven marksman. I’m delighted that he accepted to join us.”

One day, those telling lies will testify what exactly happened when this regime is gone – Bobi Wine on Ziggy Wine’s death narratives

All-star concert to have no MCs

All-star concert to have no MCs