Pilsner Super 8: Vipers, Mbarara City to battle for place in the final 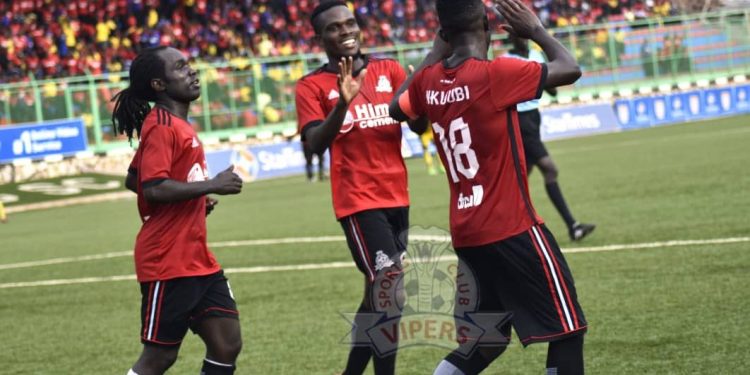 The 2019 Pilsner Super 8 action returns today with Vipers Sports Club and Mbarara City FC battling for the final spot. The game is going to be played at the St. Mary’s Stadium in Kitende and new Venoms tactician Edward Golola hopes to achieve another positive performance from his charges.

“Our aim is to win this game. We play a good side but we shall play each minute like it’s the last,” Golola said.

Golola has a boost in his squad as four of the players who missed the first game against Proline while on national duty with the Uganda Cranes all return. Paul Willa, Dan Sserunkuma, Tom Masiko and Allan Kayiwa are all available for selection.

Mbarara City will be a hard rock to crack as they have added competitiveness in their squad. The Ankole Lions showed a glimpse of what they have in store this season with a convincing 2 – 0 win against an improved URA FC side.

The two sides played out two stalemates, 0 – 0 and 1 – 1 last season and today’s game promises to be a tough contest but being a knockout, only one side has to emerge winners.