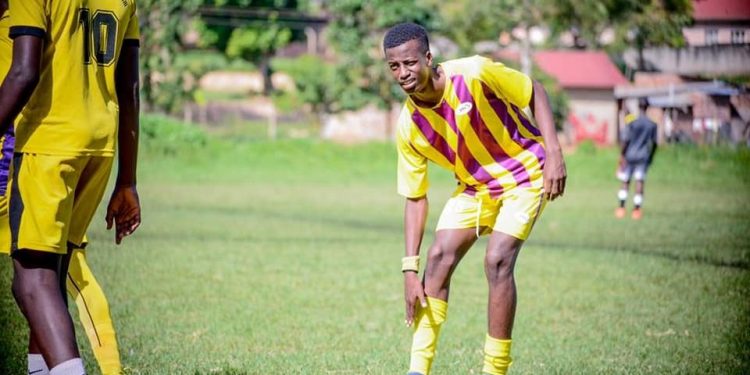 Alpha Thierry Ssali, son to singer Bebe Cool has continued with his fine form on the second day of his maiden appearance at the Gothia cup/tournament happening in China.

After scoring a goal yesterday when his side won 3 – 1, Alpha today even went harder by bagging a brace for the East African Team. His opening goal of the day was an exciting screamer he shot with a left foot just as he approached the 18 yard box. The second came after he made a clever movement inside the opponent’s box hence managing to slot it home.

Many of you might wonder how it is possible for Alpha to be such a big football talent prospect yet his father Bebe Cool is known for music. For starters, his (Alpha) grandfather Jaberi Bidandi Ssali, has a ‘rich’ football background.

After breaking off from his political career, Bidandi turned his focus to football, coaching Kampala Capital City Authority FC from 1974 until 1979. In the same period in 1978, Bidandi was the team coach for the Uganda Cranes, the year they made it to the African Cup of Nations finals.

303 teams from 31 nations are participating in the Gothia Cup China a tournament aimed at creating a meeting place for the youths from all over the world.