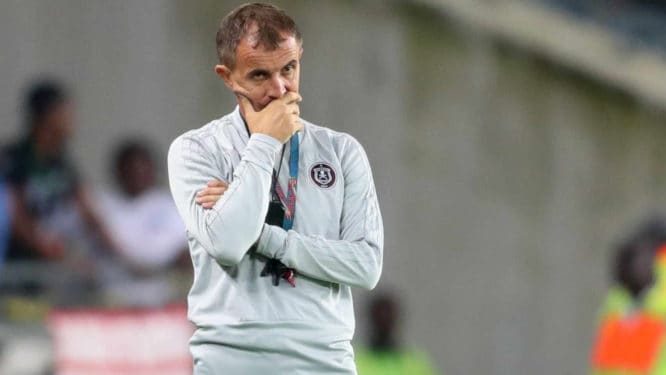 Following the sudden resignation of Milutin Sredojević from his role as Orlando Pirates head coach, South African newspaper World Newspaper reported that Micho is facing court charges for asking a 51-year-old hotel cleaner to have sex with him.

Micho is facing charges of indecent exposure, after an incident which occurred in the team hotel on August 8, when his former side Pirates were set to travel to Zambia to compete in the CAF Champions League.

However, Micho is quoted to have denied the allegations saying “personal challenges” led to his departure. According to Micho, he was returning to Serbia to attend to his ill mother, who had been diagnosed with breast cancer.

“This (allegation) is a shame. My lawyers will be dealing with this. I have been the most respectful person, soldier, and servant of the game. I don’t deserve this. It is baseless and unfair,” Micho was quoted by Soccer Laduma.

Micho has also been linked with a move to Egyptian giants Zamalek. He rubbished the report saying; “That report is total nonsense. I am travelling to see my mother who is sick in Serbia. And we shall see what will come after that. [Whether] I will come back to Africa.”