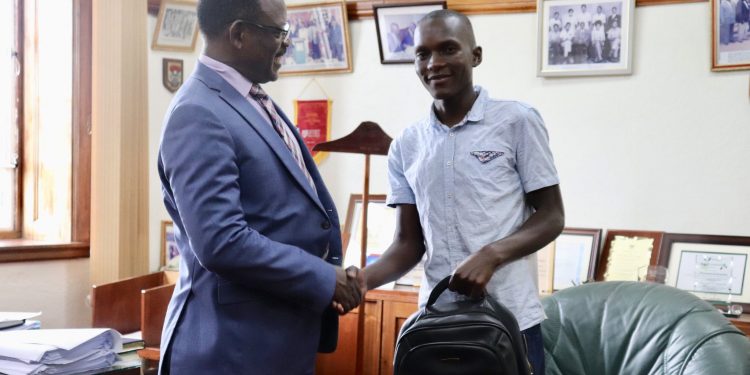 Ssuubi Henry’s life story keeps getting better and better each day that passes. From getting gifts ranging from a Smartphone, laptop, and cash to getting a full scholarship in Mechanical Engineering, big things are still popping for the young man.

“The Guild President H.E. Kateregga Julius has appointed Ssuubi Henry Kiyimba as the new Chief Fresher of Makerere University. He was invited to the Students General assembly (GRC Parliament) today by the 85th Guild to congratulate him upon his new course,” a tweet from the official Makerere University Guild Twitter page reads.

Suubi’s appointment was endorsed and welcomed by the University’s Vice Chancellor Prof Barnabas Nawangwe, who also tweeted, “I welcome the decision by Makerere Guild President Julius Kateregga to appoint Ssuubi Henry as Chief Fresher. I congratulate Ssuubi on this achievement!”

If you told Ssuubi two months ago that he will be the center of attraction at the biggest University in the country, he would probably label you the biggest liar ever, but life truly has a way of surprising us.