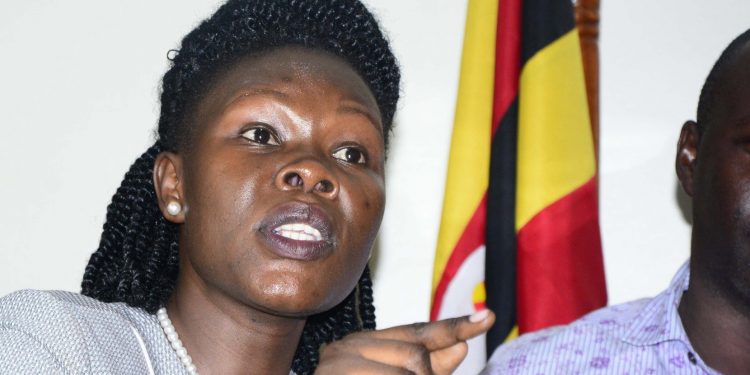 State Minister for Privatisation and Investment Evelyn Anite says she has information that the ‘mafia’ wants to kill her for supporting the auditing of Uganda Telecom Limited (UTL).

“I have been hearing some Ugandans saying, ‘You girl from Koboko, what do you know? You are just a worker. This government belongs to Banyankole’. That is not what I heard from my president,” says Anite.

Frightened Anite says the gang has been holding meetings at Uganda Registration Services Bureau offices and Kampala Club. The minister claims that the group taps her phone conversations and also tracks her movements.

“These mafias are not jokers. Go and ask Abiriga,” Anite says before vowing that she is willing to die fighting for proper management of government resources.

“I will die while shouting that the mafias are coming until they take me down. You know the mafias, those who have been trying to block the audit,” says Evelyn Anite.

Anite also claims that MTN shared her details with the mafias and that she will upload the clips very soon. She continued to affirm her stand saying she is ready to fight wrong people out of government and influence the appointment of ‘right ones.’

In the recent months, there has been confusion in the proposed audit into the activities of UTL despite President Museveni writing to Anite in July directing her to cause an audit into UTL to enable government confirm or clear the allegations about the mess at the telecom company.

However, on August 2, Keith Muhakanizi, the Permanent Secretary at the Ministry of Finance wrote to the acting Internal Auditor for the ministry to halt the audit on UTL since the question of its audit is now before court.