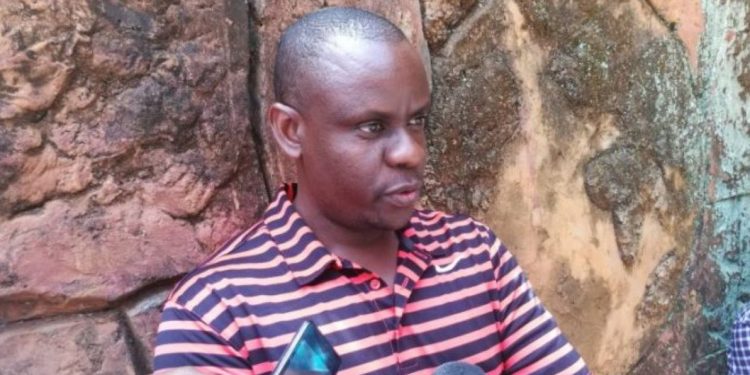 Events Promoter Balaam Barugahara has threatened to stop offering help to artistes that mess up their careers and lives through taking drugs. According to Balaam, despite the alarm they have made asking celebrities to quit drugs, most of them are continuing to feast on the different toxic substances.

“Jackie (Chandiru) should be the last artiste we help for misuse of drugs. I will not be part of the group that will help another artiste who will be admitted for the same act,” Balaam said.

Ugandan celebrities are known to be the first suspects that regularly feed on toxic drugs and some of them are on record to have messed up their careers and lives. Qute Kaye and Pretty Glo are the most recent.

Yesterday the family of bedridden singer Jackie Chandiru came out and accused Balaam of illegally mobilizing money to help Jackie.

Balaam immediately held a presser where he called off the fundraising campaign.

“Thank you for the positive response towards our own musician Jackie Chandiru. This morning I was informed that a well-wisher through her family has taken up Jackie’s medical and recovery bill 100%. However some of you had already sent Pastor Wilson Bugembe financial contribution totalling to Shs550,000. He has refunded it,” Balaam said in a statement.

“It is Important to note that the Musicians Association had mobilized Shs950,000 which has been refunded to Association President Sophie (Gombya). However, she (Jackie) has a pending hospital bill of Shs2,400,000 at the Recovery Solutions Treatment and Counseling Centre Zanna where she has been receiving treatment. We have cleared it with Pastor Wilson Bugembe. Let’s pray for our friend Jackie to have a quicker recovery,” he added.

Thugs attempt to steal money collected from the celebrity mass, one shot dead