Who is Johnny McKinstry, tactician tipped to be announced as Uganda Cranes Head Coach? 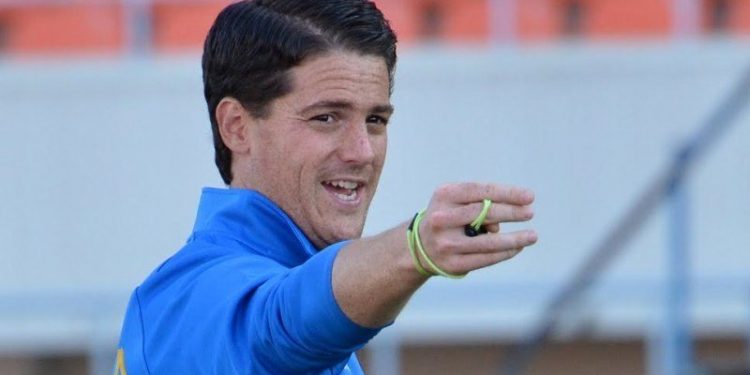 According to Daily Monitor, by last week FUFA had already come up with a three-man shortlist of who will be leading the Cranes in the next years.

Hugo Broos, Luc Eymaeland and Johnny McKinstry were the three candidates on the list but the newspaper further revealed that McKinstry was considered to be the favourite to replace Sebastien Desabre.

McKinstry is a 34-year-old Northern Irish tactician who is currently the Head Coach of Bangladesh side Saif Sporting Club. The name might sound unfamiliar to many of you but McKinstry, just like Desabre, has good experience of African football.

He has formerly managed Sierra Leone and Rwanda. In 2015 when he was with the Rwanda national team, McKinstry was named CECAFA Challenge Cup Coach of the Tournament as he led his side to the final.

Since the departure of Desabre after the 2019 AFCON finals in Egypt, Police FC tactician Abdallah Mubiru has been the interim coach of the Cranes with Onduparaka’s Livingstone Mbabazi as his assistant.