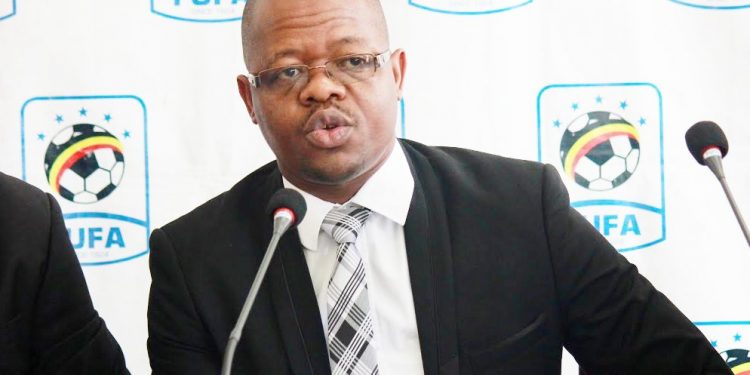 Local football governing body FUFA President Moses Magogo yesterday returned from his two-month FIFA suspension and was treated to a welcome party by friends, FUFA delegates and some Members of Parliament at Skyz Hotel, Naguru.

While giving his first address, Magogo promised to provide detailed information of how he came to get trapped in the scandal. He vowed to attach even names of individuals who worked tirelessly to bring him woes.

Magogo said that he is a victim of ‘random shooting’ from people who have made it a task to bring down a federation he is leading. He labeled them football distractors that always want to bring shame in a sport that is enjoyed by millions of Ugandans.

After the party, Magogo was driven off to FUFA House in Mengo before he later made his way to the Philip Omondi Stadium where he watched Uganda Cranes taking on Eritrea in the CECAFA Senior Cup.

Magogo has been out of office for 73 days following a FIFA suspension that banned him from attending all football-related activities for two months and further fined him $10,000 (about Shs37 million) for his role in the resale of 2014 World Cup tickets to an American national instead of Ugandans.