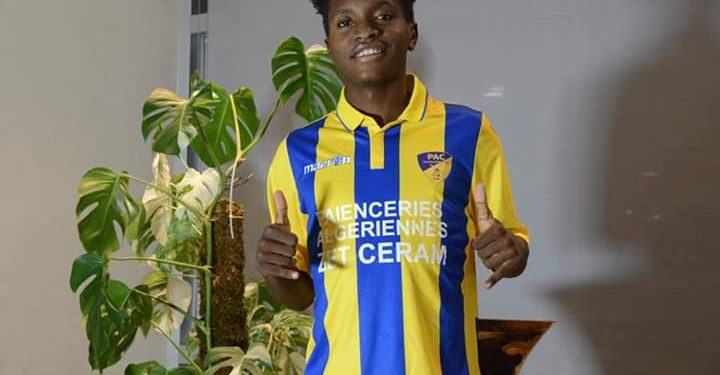 Highly rated Uganda Cranes and KCCA FC attacking forward Allan Okello has completed his move to Algerian top tier side AC Paradou. The teenager has penned a four-year contract that will see him trade his football with the North Africa club until 2024.

“Okello’s contract with AC Paradou has a sell-on clause whereby in case of a potential future transfer of the player to another club, KCCA FC will retain 20% of the transfer fee,” reads an official statement on the KCCA FC website.

The reigning 2019 FUFA Player of the year joined the Lugogo-based club as a junior player in 2015 while he was studying at Kibuli Secondary School. He represented KCCA Soccer Academy in the FUFA Juniors League for two years before he quickly made it to the senior side in 2017.

At just 16 years, Okello attained a memorable debut on the senior team netting a hat-trick against the then newly-promoted Onduparaka FC in a game that ended 7-0 in favor of KCCA FC. The left-footed sensational has been lethal for all the recent successes at KCCA FC in both local and continental engagements.

On the Uganda Cranes, Okello is yet to be a regular as he has made only five appearances, netting only once. However, he has represented Uganda U20 and U23 teams on nine occasions.