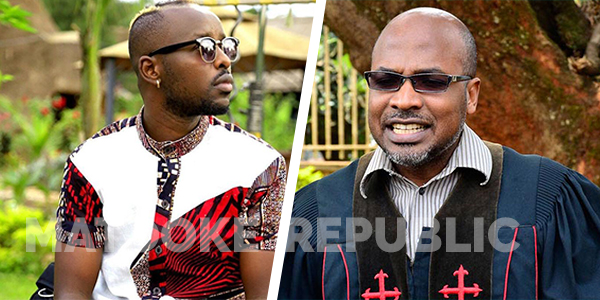 Eddy Kenzo was the talk of town all weekend when he performed at the Ciroc Pop Night at club Guvnor last Friday night adding more gasoline to the buzz around his hit single Ssemyekozo.

He took time off to talk to the press and unlike before, he was frank as he addressed some of the pressing concerns surrounding his social life. Key among these was addressing the shot city pastor Martin Ssempa took at the singer when Rema’s husband Dr. Hamza Sebunya graduated which resulted into social media trolls photoshopping Kenzo’s head onto Hamza’s graduation photos.

Pastor Ssempa then tweeted a collage of both the original and photoshopped photo saying that Kenzo could neither study nor practice internal medicine. He went on to add that in academic institutions like Makerere, ‘love niggaism’ is not studied.

Kenzo replied to the tweet with a smiling emogi calling the pastor an idiot. When asked about this controversy, Eddy Kenzo said that he is aware Pastor Ssempa is an idiot and it is not his role to correct it nor will he be held responsible for this idiocy.

He as well lamented over the absence of his child from his life ever since his ex lover Rema got married to the doctor. He did not stop at that but went on to say that he has no ill feelings nor intentions towards the newlywed couple but wishes them well.