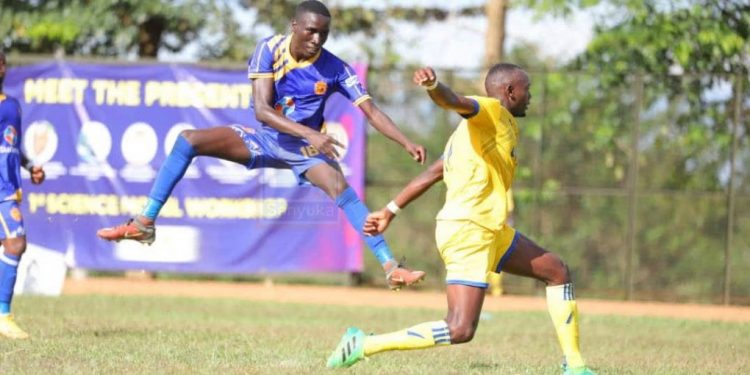 Uganda Revenue Authority (URA) Football Club has once again proved no jumpable hurdle for Kampala Capital City Authority (KCCA FC) after handing the Lugogo-based side their fifth loss this season.

URA defeated KCCA 2-1 in a highly contested encounter that has been played at Arena of Visions in Bombo this evening. KCCA was dominant throughout the game but the tax collectors proved very calm and descent in execution of their game plan.

The contest waited for long to register a goal, with URA’s Cromwell Rwothomio scoring the first from the spot in the 85th minute. In just a minute, URA doubled their lead through Saidi Kyeyune before teenager Herbert Achai pulled one back for the Kasasiro boys in added time.

The result leaves URA unbeaten in the second round of the StarTimes Uganda Premier League as they have drawn once against Tooro United and won all the other four battles against SC Villa, BUL, Bright Stars and now KCCA.

The win also takes URA to 33 points and now occupy the fourth position.

KCCA remain second on 41 points and they will anxiously be hoping for leaders Vipers SC to drop points against Onduparaka FC on Sunday and avoid a five-point trail.