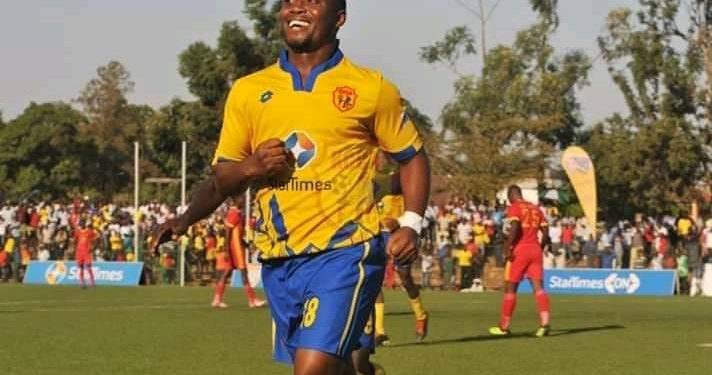 The myth of sex and athletic performance has always caused debate. In 2016, Manchester City players claimed that manager Pep Guardiola tried to restrict them from participating in sexual activity especially a few days to the game. Guardiola came out and downplayed the claims insisting that having sex makes players perform better on the pitch.

KCCA FC forward Mike Sulaiman Mutyaba has a totally different interpretation of sex to a footballer. Mutyaba who claims to be 29-years-old says footballers who are unnecessarily sexually active cannot sustain their careers on top as sex depletes their pitch performance.

Mutyaba attributed his long football career to his ‘irregular’ sexual activity. He said ambitious professional footballers must not regularly engage in sex.

“I rarely have sex because I want to keep myself fit and better my performance on the pitch. Good enough my wife understands my job so it is no problem to her,” Mutyaba said during an interview with Salaam TV.

Mike Mutyaba joined Express straight from school, having previously been an academy player for the club. In 2008, he joined the then Bunamwaya, currently Vipers SC before securing a dream move to Sudanese giants El-Merreikh in 2011.

He moved to TP Mazembe where he didn’t have enough playing time. In 2017 he retired from football but made a U-turn the following year after KCCA Coach Mike Mutebi believed that he still had a lot to offer.

Last year he was also recalled on the national team having last played for the Uganda Cranes in 2014 against Liberia.