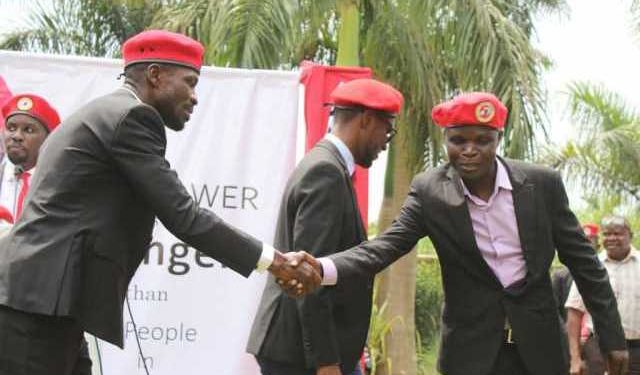 Leader of the youth pressure group People Power Movement, Hon Robert Kyagulanyi has advised ‘prodigal son’ of the movement, Ronald Mayinja not to bother looking for him (Bobi Wine).

Speaking during a press conference this afternoon at movement headquarters in Kamwokya, Bobi said he is only a leader who represents ideologies of the oppressed Ugandans. For this, he advised Mayinja to face the public and explain himself instead of looking for him.

Yesterday, Mayinja revealed that because of the recent ‘false’ circulating reports of him crossing over to the ruling National Resistence Movement (NRM) party, he decided to look for Bobi Wine and explain himself in vain.

Mayinja is being accused by People Power supporters of betraying Ugandans yearning for change by allegedly accepting to be bought off by President Yoweri Museveni.

Bobi Wine has said People Power is uncontainable despite all effort the regime has put in to frustrate its agendas. He believes the current wave has given Ugandans more hope for change.

The Kyadondo legislator applauds Ugandans for actively shaping up ahead of the 2021 Presidential election as Electoral Commission confirmed an increase of 2.5 million entrants on the voters’ register.