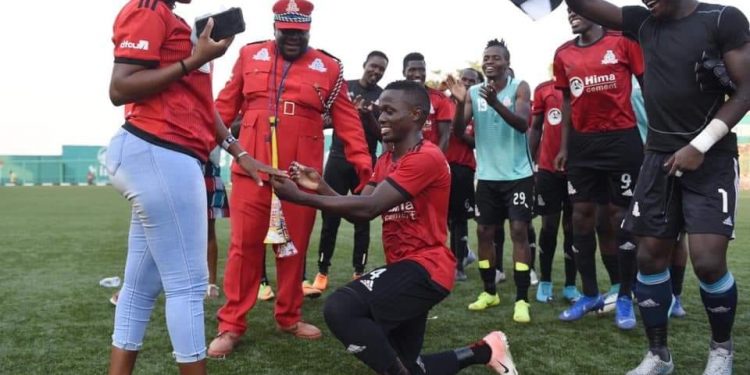 Vipers Sports Club’s Paul Muceruzi has not only scored in a game where his side thumped Maroons FC 5-0, but the forward also ended up proposing to his longtime girlfriend Khainga Swabale on the pitch.

Today was indeed a perfect timing for Mucurezi as Vipers scored five goals for the first time this season and best of all he was on the scoresheet. Mucurezi and Khainga must have been dating for a while not because we were seeing them but a mere check on their respective social media timelines confirms at least a glimpse of their relationship journey.

We all know Mucurezi is a footballer but who is Khainga? The little information we know about her indicates that she studied from St Balikuddembe SS, Kisoga from 2007 to 2012 and its where she sat her O’ and A’ Levels.

Khainga then joined Uganda Christian University Mukono and she last year 2019 graduated with a Bachelor’s Degree of Science in Information Technology.