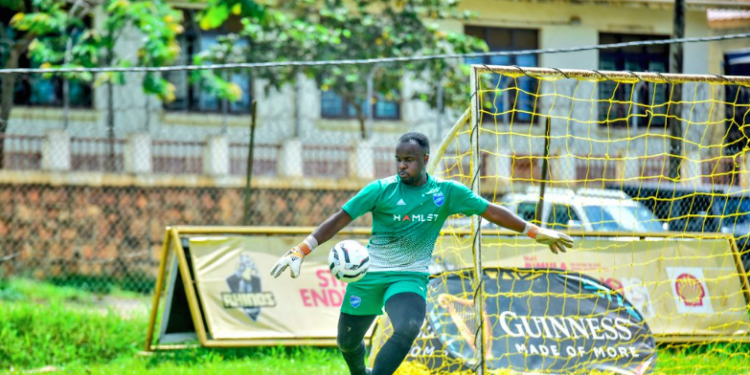 The SMACK League (TSL) in its fourth season has transformed from an ‘alumni networking event’ to Sunday’s most-anticipated weekend plot. The curtain on this season will close on Sunday March 1, 2020, the final match day, also known as Match day 17.

The Guinness-sponsored league that features soccer games between the alumni cohorts of the prestigious St. Mary’s College Kisubi has struck a successful blend of sports, entertainment and a more deliberate push towards creating positive impact in the society.

Over the last nine months, Sundays at Legends have been fueled with a mix of both males and females participating in the league, a testimony of the inclusiveness and social nature of The SMACK League.

Once the games are done there is a smooth transition into fun, drinks, party, networking and merrymaking which ticks all the boxes on which the vision of the league was founded.

Much like the Old Students’ Football leagues, Guinness continues to get involved in bringing the game of football closer to consumers and fans like the recently concluded Guinness Night Football Extravaganza, English Premier League (EPL), fun football challenges, bringing truth to the fact that Guinness and Football are a perfect match.

“It has been an exhilarating nine months of non-stop action-packed football. Players who participated have surely brought their A-game throughout the League proving to us all that they are indeed made of more than just friendly game-day matches. It has been an exciting and worthwhile experience,” said Philippa Nantamu, Guinness Brand Rep.

The league that usually consists of generations of friends, family and guests of old boys has enabled TSL to evolve into a visible marketing property for former OBs, The SMACK League fraternity and corporate companies to promote their brands.

Season four has seen The Smack League achieve its vision of empowering 1000 women in partnership with Ecopads Africa and Obace Foundation. This intervention to avail 1000 students with reusable Sanitary Pads got men involved in the sensitive topic of Menstrual Health Management.

TSL also joined the conversation to fight sexual abuse and combat teenage pregnancy in partnership with The Remnant Generation, an NGO that rehabilitates and rescues victims of sexual abuse.

TSL also joined Volleyball champions NEMO stars in their campaign to raise funds for their slot in the Africa club championships.

The final match day will feature DJ Ssese, and SMACKIST DJs like DJ ALZA, DJ LB, DJ IRAKOZE and DJ BEAST and an awarding ceremony by Guinness to mark the end of the league.