End of the road? Tanasha Donna reportedly dumps Diamond Platnumz, deletes all his photos from her Instagram page 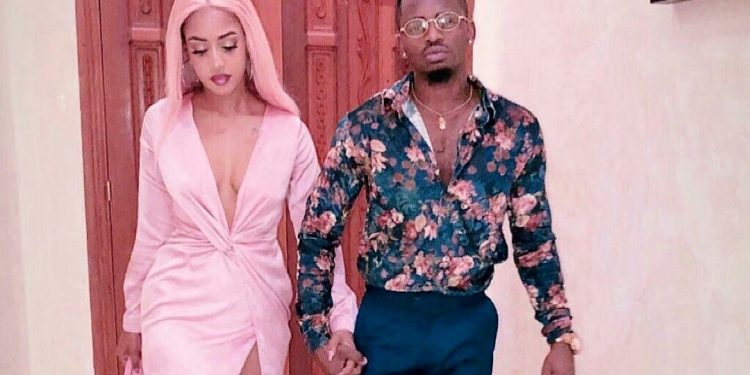 If we organized an awards ceremony for the celebrities with the most breakups in East Africa, Tanzanian star Diamond Platnumz would win them hands down. The man has had his fair share of fine women over the years but none of them seems to stick around to spend forever with him.

News reaching us is that his current girlfriend and babymama Tanasha Donna Oketch has called it quits, and she had to immediately leave their house in Tanzania for her home in Kenya in the wee hours of the morning, together with her son.

Tanasha deleted all photos of Diamond she had shared on her Instagram, including a public letter she had written for his sister on her birthday, plus their adorable pregnancy photoshoots. By the look of things, Tanasha doesn’t want anything to remind her of Diamond, who she has since labelled a narcissist.

“A narcissist is disrespectful, insensitive, controlling, a bully, uses threats and intimidation, lies, disregards your feelings, minimizes and trivialize, gives you the silent treatment, rages, throws tantrums, is never accountable, is a hypocrite […],” Tanasha shared on her Instagram stories, before telling women to stay away from such people, for it is not love.

This comes only a few weeks after the pair released their collaboration ‘Jere’, and the chemistry in the video cannot tell the fire burning behind the cameras.

In the past, Diamond Platnumz has had failed relationships with South Africa-based Ugandan socialite Zari Hassan, model Hamisa Mobeto, former Miss Tanzania Wema Sepetu, alongside other unconfirmed side chics.

PHOTOS: How Ugandans Roast and Rhyme