Kadaga stops MPs from commenting about the Shs10n, “You don’t know about it. It is not your business; just go on with your lives” 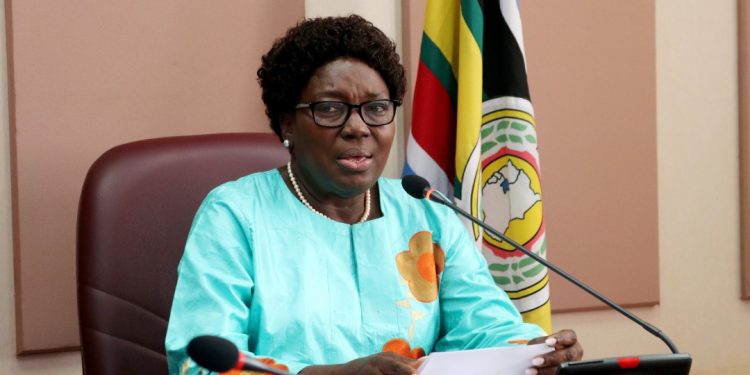 The Shs10 billion that Members of Parliament allocated to themselves during the passing of Shs304 billion supplementary budget has gained massive public criticism. Many say MPs got it very wrong to award themselves when the country is suffering.

While presiding over yesterday’s Parliamentary seating, Speaker Rebecca Kadaga stopped MPs from commenting on the controversial Shs20 billion given to each of them to combat the deadly coronavirus.

“I want to appeal to the honorable members of the house that the issue of the shs10 billion is an issue of the Parliamentary Commission. Members should not continue talking about it because you don’t know about it,” Kadaga said.

Kadaga said Parliament as an institution has officials that will speak to the public about the said money.

“Allow the commissioner and the speaker to speak on your behalf. It is not your business; just go on with your lives,” she said.

MPs Robert Kyagulanyi and Muhammed Nsereko are among the MPs that have come out and distanced themselves from having a hand in the money bonanza. However, the two had different plans on what to do with the money when they receive it.

Bobi Wine said he will return the money to the country’s consolidated fund while Nsereko plans to use the money to buy food relief for his people in Kampala Central.