Speaker Kadaga says by the time she received the Court Order halting Parliament’s Shs10b, all MPs had already received the money 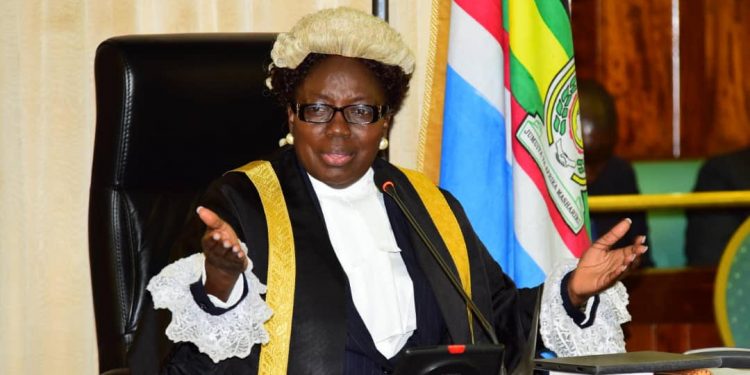 During the plenary session today, Speaker of Parliament Rebecca Kadaga has revealed that by the time her office received the Court Order halting payment of Shs20 million to each Member of Parliament, the money had already been disbursed by the Parliamentary Commission.

Kadaga said she now has no control over the money which has already reached the accounts of MPs. She has therefore tasked the Attorney General to offer guidance to the House on how the High Court Order to halt payment of Shs20 million to MPs can be implemented.

It is reported that during the Monday cabinet meeting at State House in Nakasero, President Museveni fumingly questioned Finance Minister Matia Kasaija on how the Shs10 billion was sneaked into the Supplementary Budget yet cabinet had agreed on totally different additions.

Yesterday, Kampala High Court issued an order blocking the release of the controversial COVID-19 funds worth Shs10 billion to MPs.

Court said the order will stay in force until April 29, 2020 when court will hear the main case filed by MPs Gerald Karuhanga of Ntungamo Municipality and Odur Jonathan of Erute constituency.

The two legislators petitioned Court saying Parliament was wrong and selfish to allocate money to themselves.