Distribution of free gov’t facemasks will not start today as promised, production of three-layer masks has not even started – Dr Diana Atwine 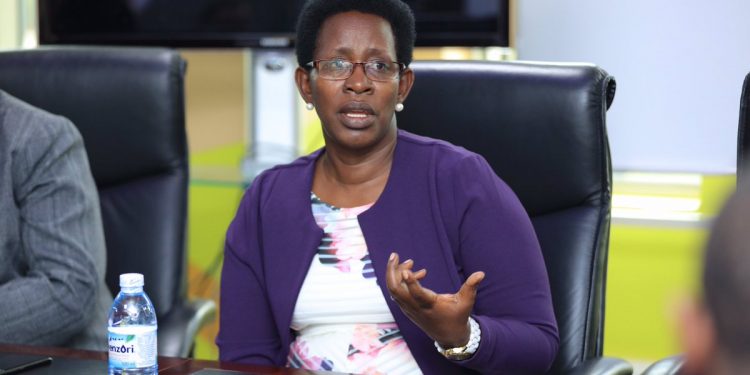 On June 1, 2020, President Museveni made his latest address to the country specifically about COVID-19, and among things the government is doing to curb the spread of the disease, he promised that government will distribute free facemasks to all Ugandans aged six and above.

The President said that distribution will start with border districts on June 19, 2020, which is today. Unfortunately, this distribution will not start today, according to the Ministry of Health Permanent Secretary Dr Diana Atwine.

While talking to KFM today, Atwine said that there have been delays in the production of the three-layer facemasks that were recommended to manufacturers by the Ministry of Health, which are different from the two-layer masks that they had earlier started producing.

Due to these changes in specifics, production of the three-layer face masks that were supposed to be distributed has not even started, as manufacturers are still waiting for their samples to be given the green light by Standards body Uganda National Bureau of Standards (UNBS).

As the country slowly returns to normal operation, border districts are still in some kind of lockdown as they are considered to be at high risk of spreading the disease once they are allowed to move without masks.

Distribution of free gov’t facemasks will not start today as promised, production of three-layer masks has not even started – Dr Diana Atwine