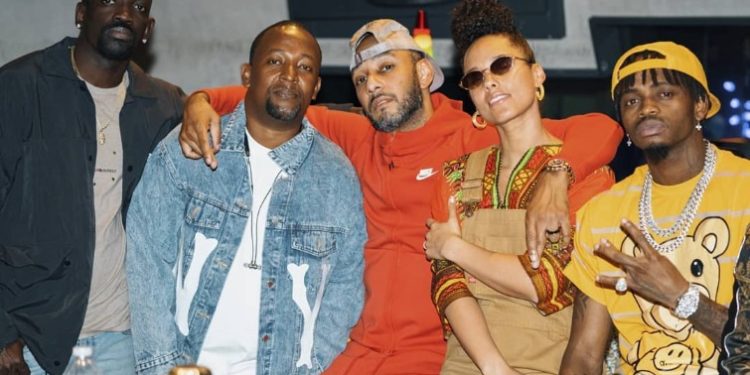 The excited Diamond who was recently nominated in AFRIMMA Awards in the best male Africa and East Africa shared images of Alicia Keys new Album playlist on his Instagram and Twitter with a caption.

“The queen has special Spotify Playlist for you Alicia Keys,”

It is no surprise that Alicia Keys has featured Diamond considering the singer has in the past complimented the bongo superstar.

Alicia Keys is currently scheduled to release her album on Friday and it’s believed that she has featured Diamond on the project.

The album dubbed ‘Alicia’ will feature 15 songs with verses from Miguel, Khalid, and other musicians.