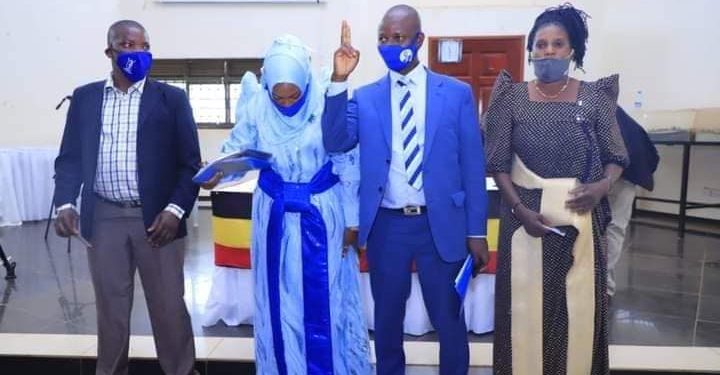 Kira Municipality Member of Parliament Ibrahim Ssemujju Nganda has been arrested by police shortly after he got duly nominated to defend his seat for the third term.

The legislator who doubles as the FDC Party Spokesperson has been bundled up into a police car and it’s not clear yet where and why he’s being taken.

Ssemujju had a chaotic morning as he made his way to the nomination center in Kira. He was intercepted by police as he tried to proceed with a huge possession.

Police was forced to fire tear gas and live bullets to disperse his supporters before he was allowed to proceed.