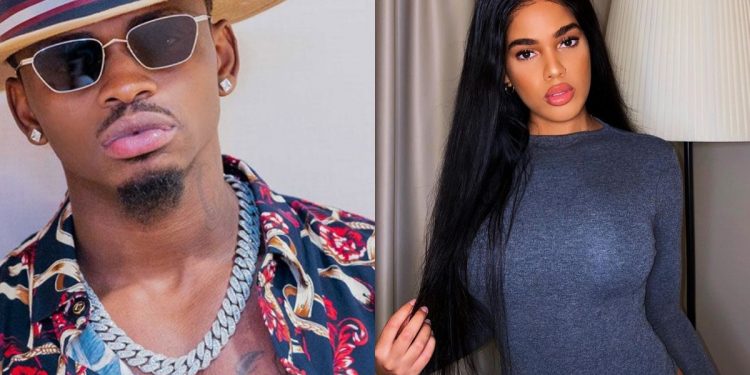 After a long time of being single East Africa’s baby daddy Diamond Platnumz has finally shared photos of his new ‘girlfriend’.

Following his separation from his Kenyan baby mama, Tanasha Donna Diamond has been single.

It was claimed that he was dating the ‘Jeje’ video vixen Malaika  Salatis which turned out to be false.

Even though the singer has removed the post that he shared on social media about his latest catch, the fans have been able to trace and get her names, education level and some of her back ground.

The lady is called Patricia Aika. She is half Tanzanian and half-Dutch.

Police to recruit 50,000 police constables to support the force in forthcoming elections