Did you want my son to kiss a goat? Tamale Mirundi defends son for kissing aging socialite Don Zella 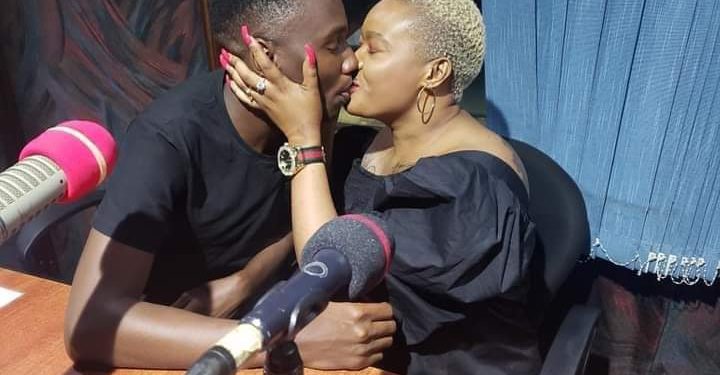 Over the weekend, Ugandans on social media were drawn to the attention of photos of socialite Don Zella kissing youthful Tamale Mirundi Jr, a son to popular political analyst Tamale Mirundi.

As usual the photos were received with mixed reaction with many accusing the aging Don Zella of ‘defiling’ the boy.

Following the photos many imagined how Tamale Mirundi Snr would react, guess what he commented on the photos and surprisingly defended his son.

“So you wanted him to kiss a goat? Has he defiled someone? Is he talking about marriage?” Tamale said before revealing details of their phone call chat with the son.

” I called him in the morning and he reminded me how Bukedde used to publish my photos while kissing women. So my son did nothing wrong, they just pecked and that’s all,”  he said.

Did you want my son to kiss a goat? Tamale Mirundi defends son for kissing aging socialite Don Zella