I didn’t order anyone to boycott NBS —Bobi Wine 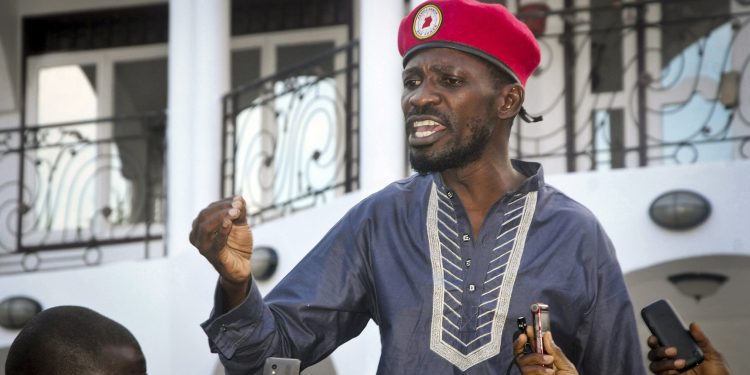 This was after his supporters threw insults at NBS television, following the protest letter Bobi wine wrote to NBS TV, accusing the television of biased election reporting.
While addressing the media yesterday, Bobi Wine said that he has never asked his supporters to attack NBS workers or even boycott the television.

Bobi Wine further said that his supporters who are attacking NBS workers should remember that some of these journalists were injured while covering him in the recently concluded presidential and parliamentary campaigns.

“I will not shy away from saying that NBS television is one of the television stations whose journalists stood with us in the tough time during our campaigns and some of them were seriously injured while executing their duty with truth, honour and transparency,” he said.