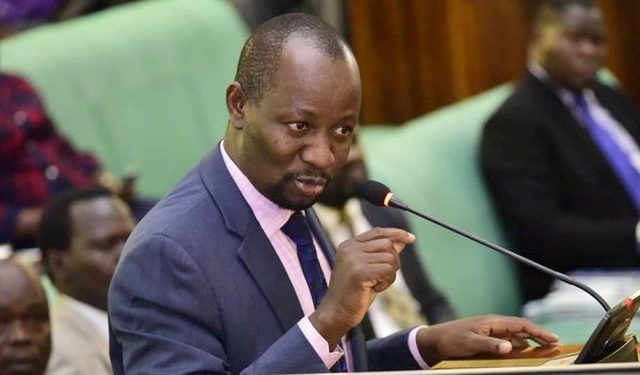 Opposition Chief Whip and Kiira Municipality MP Ibrahim Ssemujju Nganda has officially declared his intention to contest for the office of the Speaker of Parliament in the 11th Parliament.

He says he is not an opposition candidate but one for everybody and that his competence stands high for him. He adds that his two terms in parliament have helped him gain the needed experience hence he is capable of leading parliament.

Ssemujju is to battle it out with incumbent Rebecca Kadaga and her deputy, Jacob Oulanyah who have already expressed interest to run. Kadaga has been Speaker of Parliament for two terms. Before that she served as deputy speaker for 10 years.

Her deputy Jacob Oulanyah also declared his intentions to unseat Kadaga for the position saying that it was time for Kadaga to give way.

The election of a Speaker and Deputy Speaker of Parliament is the first activity of the assembly after the administration of oaths for all persons who will be gazetted by the Electoral Commission as winners of the parliamentary elections held on January 14, 2021. The 11th parliament will take office in May this year.

“I was tortured by security forces to explain whether I was trained by foreigners to repair Bobi Wine’s campaign cars,” 25-year-old mechanic speaks out

“I was tortured by security forces to explain whether I was trained by foreigners to repair Bobi Wine’s campaign cars,” 25-year-old mechanic speaks out