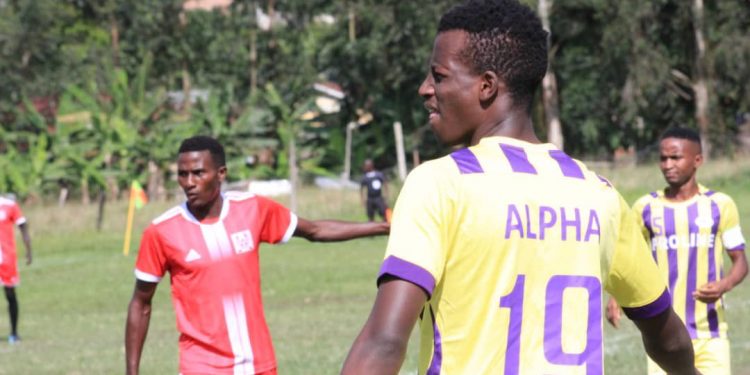 Bebe Cool’s son Alpha Thierry Ssali yesterday made his senior debut at Proline Football Club. He played in Proline’s 3-1 win over Terrazo and Tiles FC in the FUFA Big League.

Alpha started his journey at 3 years at Proline Soccer Academy and has been impressive hence enjoying a steady progress in his football career.

On many occasions, Proline Academy owner and coach Mujib Kasule has tipped the left-footed player and Proline Academy U-17 captain Alpha to be Uganda’s’ next biggest football star. He says his football exploits will take him places.

The 2016 Proline Soccer Academy Player of the Year Award winner was part of Uganda’s U20 side that played in Tanzania for the Cecafa Championship and AFCON U20 in Mauritania but his inclusion generated a lot of debate. However, Mujib said that Alpha is being unjustifiably judged because of his father’s involvement in politics.