I’m glad my parents met, had sex and had me– Daniel Kaluuya shocks mom with his Oscars acceptance speech 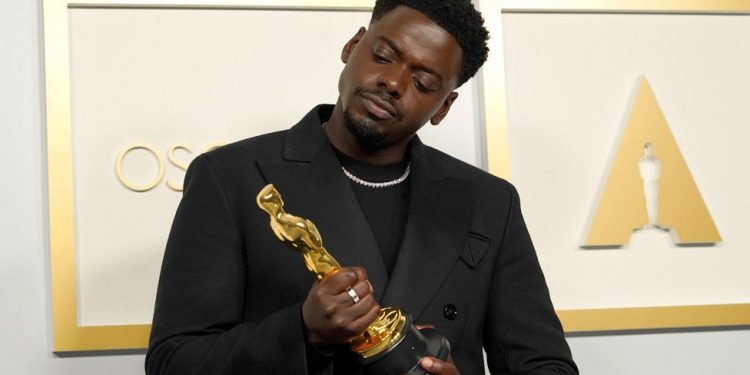 Like any good son, Ugandan Daniel Kaluuya gave his mom a major shout out in his Oscars acceptance speech, where he garnered an award for his performance in ‘Judas and the Black Messiah’.

The 32-year-old London based Ugandan actor picked up the Best Supporting Actor trophy at the 93rd annual ceremony on Sunday night and made the most of his time on the Oscars stage, where winners were allowed to wax poetic with no time limits.

“I’d like to thank my mom,” Kaluuya said, as his mother and sister teared up while watching live via video in London.

“Thank you so much for pouring into me. You gave me everything. You gave me your factory settings, so I could stand at my fullest height.”

He went on to remark on the power of the film, in which he portrayed the charismatic Black Panther leader Fred Hampton alongside co-stars, Lakeith Stanfield and Dominique Fishback.

“What a man. How blessed we are that we lived in a life where he existed. Thank you for your light. He was on this earth for 21 years and found a way to feed kids breakfast, educate kids, give free medical care against all the odds,” Kaluuya added.

He went on and added that the Black Panther leader showed him how to love himself.

“There’s so much work to do, guys. And that’s on everyone in this room. This ain’t no single man job,” Kaluuya said.

But before he wrapped up the speech, a seemingly stunned Kaluuya took a moment to appreciate the milestone, as he got comfortable on the Oscars stage.

“We gotta celebrate life, man. We’re breathing. We’re walking,” he said, cracking a smile. “My mom and my dad   they had sex. It’s amazing! I’m here, I am so happy to alive so I’m going to celebrate that tonight,”

With that remark, the camera cut to his mother in London, who looked understandably confused, as his sister put her hands on her head.