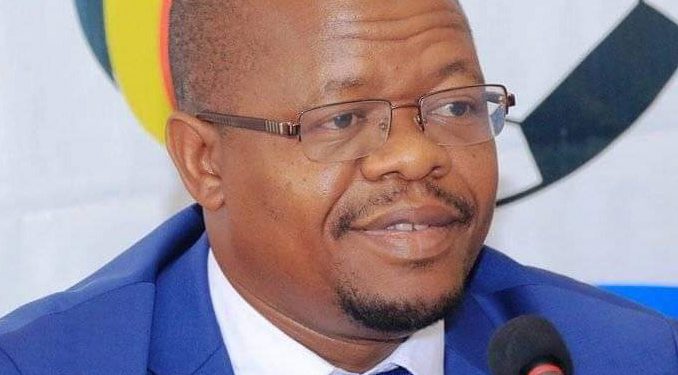 Incumbent and Budiope East Member of Parliament Eng. Moses Magogo is on the brink of returning unopposed for the position of Federation of Uganda Football Associations ( FUFA) president.

For his last two terms, Magogo has retained his seat unopposed.
A similar scenario is about to happen after one of the aspirants Mujib Kasule yesterday opted out of the race. The Proline FC director pulled out citing unfairness as he described the whole process as a sham.

Kasule was one of the three candidates that had picked nomination forms for the FUFA top office on Monday and was supposed to return the forms yesterday after collecting the required signatures. He cried out that the schedule locks out an ‘outsider’ and favours only the incumbent.

“What happened, the eight regional chairmen were all made to sign on forms that made them believe that they were nominating the incumbent and this was done way back in April before the nomination started,” said Kasule.

He added, “The chairmen of the interest groups were also made to sign similar documents, meaning that when they had signed for him (Magogo), they could not nominate anyone else as per rules.”
Another candidate who also picked forms, Allan Ssewanyana is likely to drop off after he also failed to meet the signature requirement. However, he yesterday reached out to FUFA Electoral Status and asked for more time which was granted. He has up to Sunday to return the forms.

Meanwhile, Magogo who was the last to pick forms on Tuesday returned the forms in just a day and he was duly nominated. He has been at the helm of FUFA since 2013 when Lawrence Mulindwa opted not to run for the third term.

The nomination process for presidency started on Monday and was meant to run for 48 hours before forms are returned on Wednesday.
“This administration (FUFA) and the incumbent do not allow the virtues of fair play, and they not follow the standard regulations when it comes to nomination needed,” Kasule told media before adding; “This whole process is just a circus.”