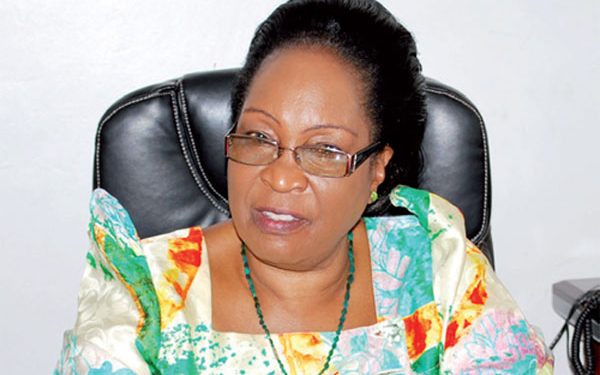 One of Uganda’s strongest opposition party Forum for Democratic Change (FDC) has expelled its Deputy President Owek. Joyce Naboosa Ssebugwawo after she accepted President Yoweri Museveni’s appointment as State Minister for ICT in his new cabinet.

Ssebugwawo was among the surprise inclusions on Museveni’s cabinet list as she has for long been a strong pillar in the opposition circles.

“I can confirm that she has accepted the appointment and as a result has offended Article 12 of the FDC Constitution. She therefore ceases to be a member of FDC and has accordingly voluntarily relinquished her position as Deputy President,” says FDC party President Patrick Amuriat in a statement.

Amuriat however did not hesitate to eulogize Ssebugwawo’s contribution over the years.

“All of you will appreciate the hard work, sacrifice and commitment that Owek. Joyce Naboosa Ssebugwawo put into the formation, growth and running of the party over the last more than 20 years of her political life.

It is this political investment that she has out of her own volition chosen to abandon especially at this time when the struggle to free this country has reached a critical stage and requires all of us. Her decision to leave the party in order to join our tormentor is purely personal and the organs of the FDC were never consulted,” he said.

Nonetheless, Amuriat has urged FDC supporters to desist from unnecessary attacks on Ssebugwawo as this does not add any value to the party’s political mission and is not in their culture as FDC.

He disclosed that the party top organ will meet and appoint a caretaker Deputy President within a period of two weeks.

Museveni has money, I can only slaughter for him a bull- Alupo’s mother reacts on daughter’s VP appointment

Johnnie Walker set to give the Ultimate Father’s Day gift

Johnnie Walker set to give the Ultimate Father’s Day gift