“Our one-year agreement has expired and now NUP party is fully back to me,” Kibalama 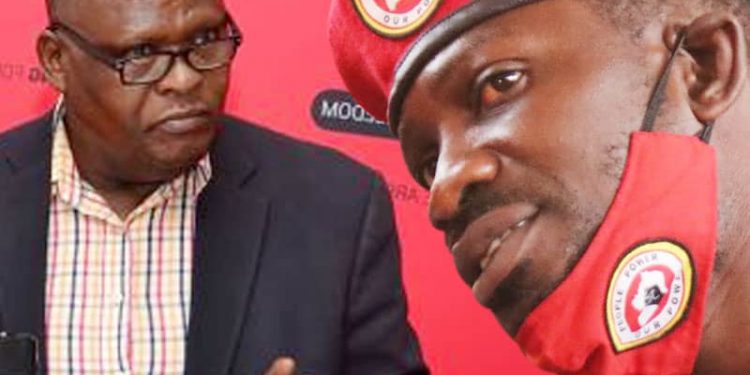 When we thought that everything was settled when court declared that Robert Kyagulanyi alias Bobi Wine lawfully took charge of the National Unity Platform (NUP), Moses Kibalama, the founder of a party that eventually evolved into NUP is once again pushing to have his party back.

Speaking during an interview on a local TV, Kibalama revealed their one-year Memorandum of Understanding with Bobi Wine and his group expired yesterday on July 11 and both parties did not meet to renew it.

“Our one-year agreement has expired and now the NUP party is fully back to me,” said Kibalama.

He disclosed that he is now set with his other cofounders to arrange elections to vote for new party leaders.

However, NUP Secretary General Lewis Rubongoya says that Kibalama is once again being used by the regime to frustrate their party activities. He says Kibalama has always been changing statements hence they no longer take his issues serious.

NUP is the leader of the opposition in the 11th parliament as it has over 50 Members of Parliament.

Twaweza Report: 1 out of 3 Kampala residents are confident they would quickly receive treatment for Covid-19 if they needed it

Twaweza Report: 1 out of 3 Kampala residents are confident they would quickly receive treatment for Covid-19 if they needed it