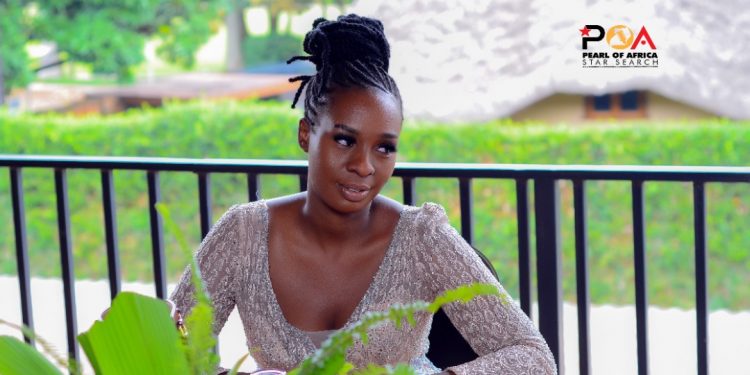 Known for her energetic performances and skimpy stage outfits, the self proclaimed King Cindy real names Cinderella Sanyu has shocked fans with her latest public appearance.

Cindy appeared for the Pearl of Africa search finals performance in a long dress contrary to what she’s known for wearing during her performances.

Matooke Republic has learnt that the boom party artist is a few months pregnant. According to a reliable source, Cindy chose that outfit to help her hide her baby bump and is expected to give birth in January.

ADVERTISEMENT
The singer introduced her fiancée Joel Okuyo Atiku Prynce to her parents home in Munyonyo. Cindy once said that she was waiting for her man to officially visit her parents before she gets pregnant for him.
Tags: cindy
Previous Post

Amama Mbabazi: Uganda is honored to have Rt.Hon Jacob Oulanyah as it’s Speaker