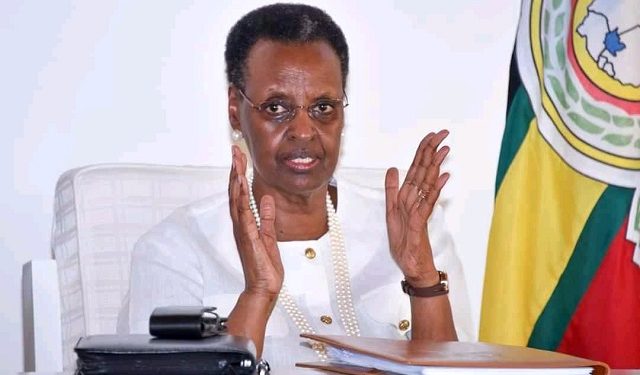 First Lady and Minister of Education and sports, Janet Museveni has disclosed that she’s receiving overwhelming messages from the public asking her why government is taking too long to decide on reopening schools.

This year President Museveni closed down the country when the second COVID-19 wave hit Uganda. However, after about two months, Museveni eased the lockdown and various sectors resumed operation.

Schools were among the sectors that were not reopened. Last months, reports indicated that government was set to reopen them in September but the Education ministry came out and refuted the reports.

Such development left the public wondering why gov’t is reluctant on reopening schools.

Through her social media, Education Minister Janet Museveni has bothered to explain why gov’t has not reopened schools. According to Janet, gov’t is not benefiting from closing schools as it is still paying all government teachers even when schools are closed.

“Yes, of course, teachers in private schools have suffered because their salaries are dependent on the learners! school fees; and as a result, private schools have suffered more in this period.
However, when you think about this whole time of lockdowns and especially school closures, has it occurred to you that the only reason Government has chosen to let schools remain closed could be simply to ensure that the lives of children remain safe from the danger that the COVID-19 Pandemic brings to human life,” said Janet.

She said that sometimes, she sees very rude insinuations sent to her like, ‘just open schools’, they have mantained their ground to think and plan.

“As you know, the 15 million young school population hold the future of our country in their hands. If anything was to go wrong with them, God forbid, Uganda would be shattered,” she said.

Therefore, she said that they have chosen to be patient and continue to vaccinate teachers, learners above 18 years of age and the vulnerable population so that they can be confident enough that they have given some protection to a critical mass of the population.

“Therefore, as we pray and also vaccinate all those that can be vaccinated, I believe that we will go through this difficult season, for I am certain that God is on our side. Like all difficult seasons we will get some scars, but we shall be victorious at the end of it all,” she said.