Angella Katatumba back with Daddy Andre 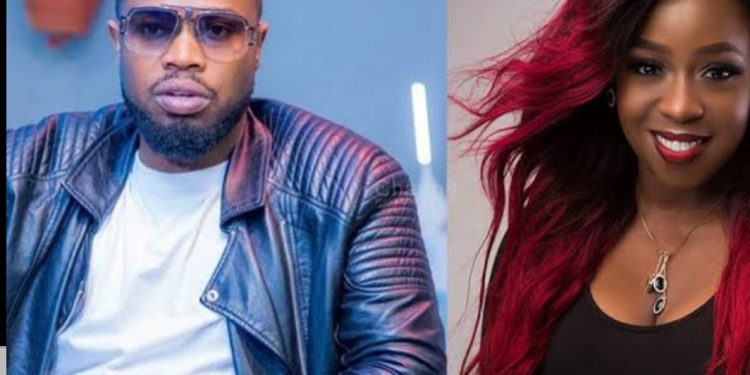 Yesterday evening, the Emotional  artiste revealed that she is back together with her estranged boyfriend, producer, singer, and songwriter Daddy Andre. The ‘Tonelabila’ singers haven’t been seeing eye to eye for months following  their nasty breakup last year.

While appearing in an interview on Urban television on Friday evening, Katatumba said that she forgave  Daddy Andre because he reached out to her and apologised.

“I am excited that me and Andre are back together. He called my management and asked if i could feature on another song he wrote, the song is called ‘wendi’. He also asked for forgiveness and i forgave him because when someone says sorry, even if he did something wrong, when he says forgive me, I forgive besides that Andre studied me and knows me very well,” said Angella Katatumba.

This comes a few weeks after she revealed that by the time she separated from Andre they were still in love with each other.

“When I left Daddy Andre I was still in love, and he was also still in love with me because he could step on the same stage with me after the breakup. He was giving me everything but I had to walk away because he didn’t do what I wanted him to do which is a test for HIV,” Katatumba stated.

In 2020 Angella Katatumba and Daddy Andre broke up after Andre refused to go for an HIV Test. Andre moved on with singer Nina Roz who officially introduced him to her parents but unfortunately ended their relationship after few months for reasons of infidelity and disrespect.

MUSEVENI: I don’t understand why politicians are giving more time to criminals than victims

Angella Katatumba back with Daddy Andre