How to buy shares in MTN Uganda, each share goes for Shs200 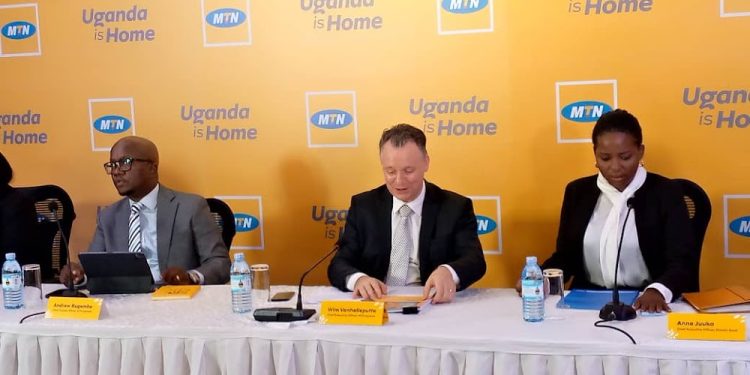 Last week, MTN Uganda announced to sell 20% of its shareholding in MTN Uganda to the public by listing on the local stock exchange.

The telecom giants have today released more information about how the public can buy shares. It’s now official that every Ugandan has an opportunity to own shares in MTN Uganda as the company has officially opened the Initial Public Offer (IPO) to the public.

With as low as Shs100,000, one person can own a minimum of up to 500 shares and cross from being a subscriber to an owner of MTN Uganda.

One can apply for these shares via USSD or using the mobile app and through other channels.

For starters, USSD (Unstructured Supplementary Service Data) is a Global System for Mobile Communications (GSM) protocol that is used to send text messages. USSD is similar to Short Message Service (SMS). USSD uses codes made up of the characters that are available on a mobile phone.

Chief Executive Officer of MTN Uganda, Wim Vanhelleputte said that Ugandan investors will be considered first in case the number of applications is more than that of shares offered.

“They will receive guaranteed shares up to Shs5 million with a full number of bonus shares that they are entitled to,” he said.

However, If an application is not successful or in case of partial allotment, all payments will be refunded through the same channel, free of charge.

He noted that MTN has now become the first telecom company in Uganda to open its Initial Public Offering where the Ugandan public can apply and buy shares in the company.

He said the period will last six weeks until November 22 and at the end of the period, the company will have sold Shs4.5 billion of its shares to the public.

How to buy shares in MTN Uganda, each share goes for Shs200