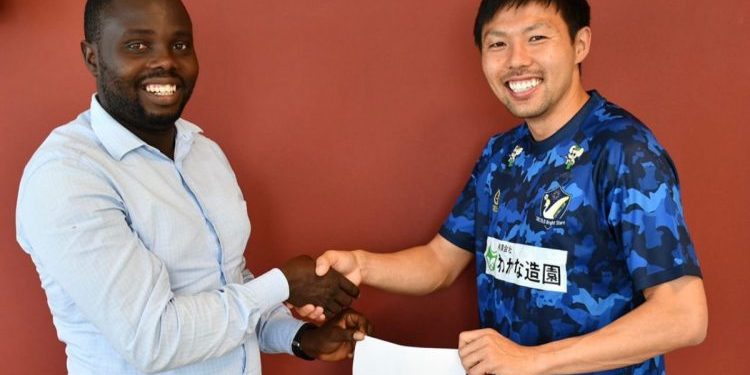 The Startimes Uganda Premier League 2021/22 season kicked off on Friday with three matches on matchday one.

Before the league started, UPL clubs were busy in the transfer window that opened on July 1 and closed on September 21.

Several players exchanged teams. The issue of ‘hit and miss’ will be discussed at a later stage but right now we have decided to focus on the foreign players that will be ‘injecting’ their flair during the new season.

The UPL is known for exporting talents. However, of late stakeholders have decided to try and take the league to another level by outsourcing talents not only in the coaching department but also bringing in players.

Here are some of the foreign players in the new season

It’s not a big surprise that Vipers SC has once again poached out a foreign player as they have tried out on many in the past. Nelito Tavares from Angola was announced last week by the Venoms. He will wear the number 24 shirt.

Nelito signed a two-year employment contract. He joined the Venoms from Angola Premier League outfit Kabuscorp Sport Clube Do Palancaon. Not much information is known about him but Vipers’ Brazillian Head Coach Roberto Oliviera said he has worked with him for six years hence he convinced the club to go for him. We wait to see what he brings for the Venoms and the UPL at large.

Soltilo Bright Stars signed Japanese midfielder Kazuto Kushida on a two-year employment contract that will keep him at the club till 2023.

Kushida joined Bright Stars from Thailand league 1 team Chonburi, Thailand perhaps a move to strengthen the Japanese bond at the club.
Kazuto is a central midfielder who was born in Kyoto, Japan. He has played in three different countries which include: Australia, Thailand, and Japan.

He has also previously featured for clubs like Sagawa Printing, Phanthog FC, Kyoto, and recently at Chonburi FC.

The towering Centre-back Toha Rashid joined Arua Hill SC from Vipers SC on a two-year deal after mutually agreeing with Vipers SC on termination of the contract.

The South Sudan international is tied to the club from West Nile capital Arua until 2023.

Toha had a breakthrough in Ugandan football during his time at Onduparaka FC. His shielding skills caught the attention of four-time UPL champions Vipers who went ahead to secure his signature in 2019. Injuries dented his time at St Mary’s Kitende hence rendered a ‘surplus’ and allowed to reignite his career somewhere else.

The Congolese forward Cesar Manzoki signed for Vipers in October 2020. And last season he was crucial in Venoms’ hunt for trophies as he scored over 10 goals including his brace in the Uganda Cup final against Busoga United last month. Only Yunus Ssentamu scored more goals than Manzoki at the club.

He yesterday kicked off the season with a goal in Vipers’ 2-0 win against Police FC.

Mazengo, first trained with the team for a while before putting pen to paper to be a KCCA player for two years until July 2022.

Mazengo is a product of the Kampala Kids League program where he played with current KCCA teammate Gift Ali. He plays as an attacking, central, and defensive midfielder but he is yet to break into the starting lineup to be able to cement a first-team slot.