Deputy Speaker Among visits Ssegirinya, says parliament is working a way out to ensure that he gets better treatment 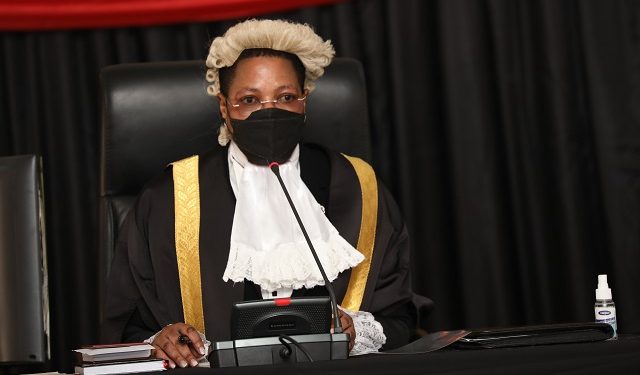 While chairing today’s plenary, Among informed the house that there is no need for alarm as they are working on the issue.

“I can confirm that Hon. Ssegirinya is in hospital and we are working to ensure that he is referred and gets better treatment. There is no cause for alarm. We are working with govt in this regard,” said Among.

She added; “If the Member is referred, we have the capacity to treat him in any part of the world. We are working with the responsible persons to see that he gets the best treatment.”

Earlier this week, Ssegirinya and Hon Allan Ssewanyana were denied bail by the Masaka Court despite their lawyers claiming that the two MPs were in poor health conditions and needed specialized treatment.

However, on Tuesday the MP was rushed to Mulago Hospital from Muchion Bay Hospital for tests after his health deteriorated.

The Leader Of Opposition Hon Mathias Mpuuga who also visited Ssegirinya today asked Parliament to take up Hon. Ssegirinya’s issue and liaise with the state to him given appropriate treatment such that his health is recovered immediately.

Mpuuga noted that whereas health workers are doing their best professionally, they have limitations for which they need to be assisted to make sure that the job is well undertaken to recover the member.

Ssegirinya, Ssewanyana together with four others were arrested a month ago following the recent spates of murders in the Greater Masaka region.