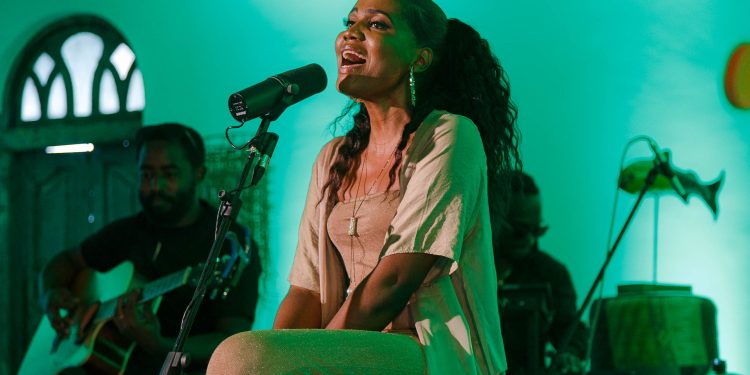 The second edition of the Tusker Malt Conversessions, an online musical series that went live on Sunday evening can only be described as a remarkably thrilling serenade from songbird Naava Grey.

Music enthusiasts are treated to 38 minutes of uninterrupted premium content from the Afro-Soul goddess as she keeps the audience locked and engaged during her tell-all conversession about her trials and tribulations in the music industry.

“It’s passion that keeps driving me to do my music till today, otherwise I would have given up, because who writes a song and it still hits the same way 10 years later,” shared Naava Grey during one of the music interludes.

According to Grey, she has had to grow a harder shell against all the negative comments directed towards her, which has made her stronger,  more independent and able to stand her ground.

“I’m not the same person I was before, I can stand my ground, speak my mind, be independent and I know what I want, these trials are here to shape us and mold us into better human beings,” she added.

The series that is produced by Swangz Avenue showcased Naava Grey performing some of her greatest hits like “Ninga Omuloge”, “Soka Lami”, “Aliba Omu”, “Nja Kwagala” and “Nteredde” as she shared more revelations about her experiences working with Sony, songwriting and growing up in a Muslim household.

“Naava Grey is one of the most talented artistes out there. Her story is impressive and she represents the Afro-Soul genre so seamlessly with her music. We are happy to have had her tell her story on the Tusker Malt Conversessions,” said Elizabeth Mutamuliza, Premium Beers Brand Manager, UBL.

Fans can also follow more of the Conversessions that are yet to come on TML’s socials @tuskermaltug on Twitter and @tuskermaltlagerug on Instagram.  A new episode of Tusker Malt Conversessions will go live at the beginning of every month.

Deputy Speaker Among sends ‘sweet’ message to Magogo on his birthday

Deputy Speaker Among sends 'sweet' message to Magogo on his birthday