Minister Oryem to investors: If you choose to repatriate all your profit abroad, we have no quarrel with you, take it 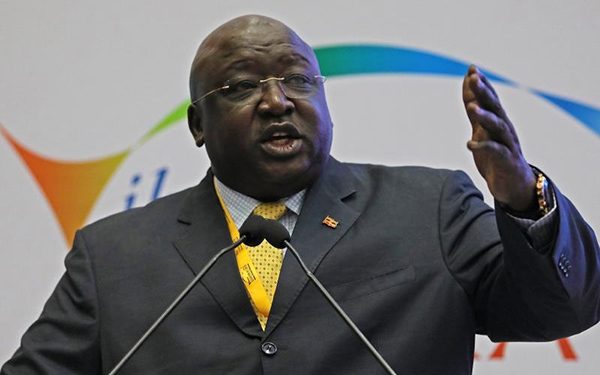 The state minister for Foreign Affairs, Henry Oryem Okello, has disclosed to investors who plan to do business in Uganda that they are free to make profits and repatriate them to their home countries.

According to a local newspaper, Oryem revealed these facts during a meeting with German investors at the Kampala Serena Hotel yesterday.

“In Uganda, if you choose to repatriate all your profit abroad, we have no quarrel with you. It is your money and you have made it, take it. Uganda has no restriction on the percentage of repatriation that we withhold like other countries. But if you are arrested on the other side, do not make noise,” he stated.

He added, “We are all here to make money. There is nothing wrong with making money. It is the lubricant that makes everything move. Uganda offers the atmosphere that enables you to make money in the right way and the right atmosphere.”

The minister further noted that the only condition the investors have to meet is the payment of taxes, employment of local people, meeting social responsibility and once that is met, the profit is theirs to take home and the government will not complain.

However, economists do not concur with the minister’s utterances citing that they could be detrimental to the country’s economy.

Susan Kavuma, a senior economist at Makerere University, said the minister’s words are dangerous to an economy that is still grappling with the effects of the Covid 19 pandemic.

“There should be a clause for investors to reinvest some of their profits because it will eventually kill capital accumulation. If the minister is just trying to lure the investor, it is good but there is a need to think about the bigger picture for the country,” she noted.