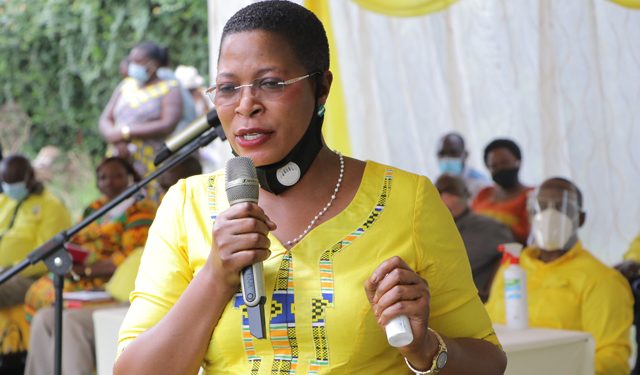 Deputy Speaker of Parliament Rt Hon Anita Among has urged the legislators to take charge of the children they get out of wedlock.Z

While chairing the plenary session on Wednesday, Among revealed how she’s tired of counseling women who come to Parliament complaining about MPs who have failed to take care of children.

“I am tired of counseling women here. Women come here with children and it’s the MPs who impregnate these girls and abandon them. Just imagine this girl is your daughter, someone impregnates and refuses to take care?” said Among.

She added; “If MPs don’t want to believe this, I will start naming the culprits.”

“Today I was informed of a young mother who came here with a child of six months whose father is one of us (MPs) here and has failed to take responsibility of the child. Can we be role models as we speak about the aspect of parenthood?” said Opendi.