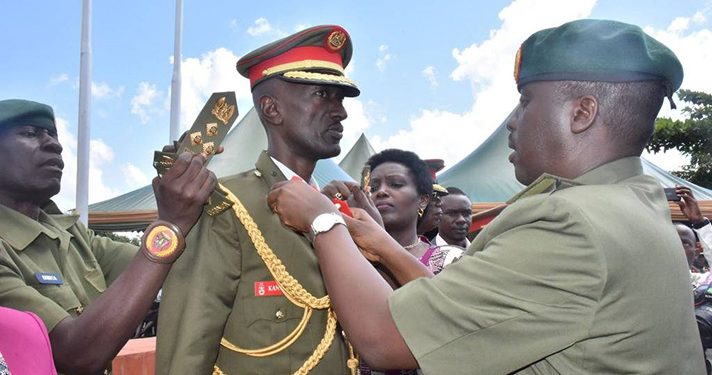 A number of Ugandans are celebrating the US sanction imposed against Chief Military Intelligence boss, Gen Abel Kandiho.

The US Treasury Department yesterday announced its sanction on Kandiho because of his role in gross human rights abuses carried out under his watch.

In their statement, they said that military intelligence officers under Kandiho’s watch have arrested, detained, and physically abused Ugandans “due to their nationality, political views, or critique of the Ugandan government”.

The government apologists have bashed the sanctions and called for a ‘fair’ hearing while the majority are celebrating the move.

However, Daily Monitor has quoted Gen Kandiho’s response to the sanctions saying that the financial sanctions imposed on him by the US are politically motivated and inconsequential.

“I am not bothered by the so-called sanctions. I have no business with the USA. I am concentrating on my work,” he said.

Below are some of the reactions from the public;