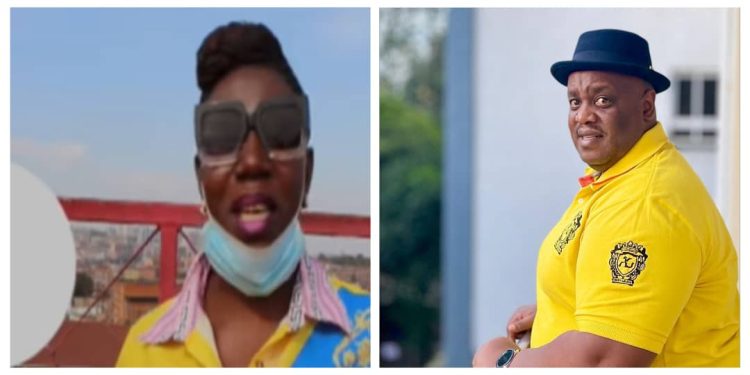 Renowned city ‘Pastor Franklin Mondo Mugisha of Empowerment Christian Centre Church International is currently enmeshed in a child neglect misunderstanding with a one Sarah Nakuye, who says she is the mother of the pastor’s eleven-year-old boy.

Nakuye claims to have been looking after the child from day one and she is now tired.

According to Nakuye, when Museveni announced the reopening of schools, she tried to reach out to Pastor Mondo to inform him but the man of God refused to pick up her calls.

Nakuye says she has taken the matter to court after three failed attempts to get the Pastor in negotiations with her.

She added that the Pastor agreed to pay a sum of shs 300,000 but he only fulfilled the pledge for the first two months and has not paid any child support fees for the last three years.

Nakuye further reveals that Mondo had pledged to provide for the child as long as she never took him to his church.

“He told me he never wanted the kid to be seen by his flock but he would be providing for him and it was okay with me but now I am tired of covering up for him because kids are back to school and it seems he is not willing to help that is why I have come out,” she said.

“He no longer wants to pick my calls. He blocked all my phones. Even when I try calling him using other people’s phones, he picks but ends the call as soon as he hears my voice on the other end. Now, how else can I hear from him other than going to (his) church?” Nakuye lamented.

While speaking to a local TV station, Nakuye said that she is now left with no other option, because she went to pastors to help her talk to Mondo but it seems they are also not willing to help yet she wants the boy to go back to school like other kids.

“I have visited different pastors to help me but they have not helped yet. All I want is for Mondo to provide school fees for his kid. I have now taken the matter to court,” Nakuye said.

Mondo is not the first pastor to be accused of neglecting his children.

The late Pastor Augustine Yiga was also taken to court in 2015 when he refused to remit monthly maintenance fee of Shs150,000 to a woman he allegedly raped and fathered a child with as she sought to be prayed for at his church.

When Keko started using drugs, it was on a minimal scale- Keko’s former manager Shadrach reveals inside information about her terrible state