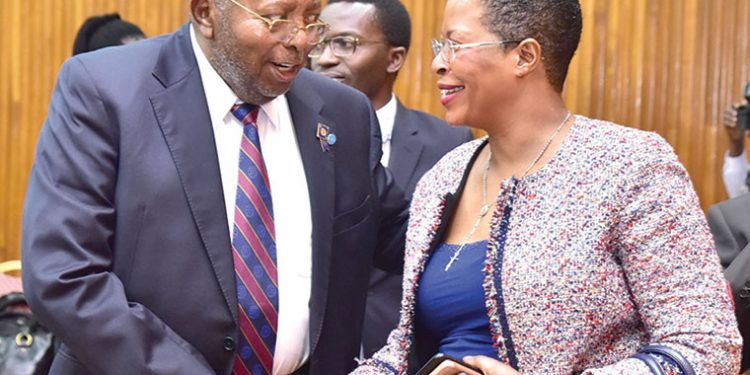 On Sunday morning, the country was enveloped in shock and sorrow following the passing of Emmanuel Mutebile, the Governor of Bank of Uganda.

In a new tweet, deputy speaker of Parliament Anita Among wants the official Bank of Uganda Governor’s residence given to the Mutebile family.

“I joined the Relatives and friends of the Late Professor Emmanuel Tumusiime Mutebile to condole with Mama Betty and the children at his residence in Kololo. I asked Hon @Thomas_Tayebwa to make sure that the official residence is given to the family in honor of his Integrity,” she tweeted.

This proposal does not come in as a shocking development as Among has been heavily invested in eulogizing the fallen Governor.

Earlier on Twitter, she paid tribute to the Governor after reminiscing of the time he recommended her for a promotion while she interned at Centenary Bank, Gulu.

“As a young intern at Centenary Bank Gulu branch, Professor Mutebile who had visited the Bank recommended me for promotion after watching me go about my work. on his advice, I was promoted to the level of a supervisor and he became my inspiration in the banking sector,” she tweeted.

As Among’s proposal is yet to register new development, preparations for the late Governor’s send-off are underway as he is being honored in a special sitting at Parliament today as the country’s crème of the crop gear up for the fallen Governor’s sendoff come Sunday.