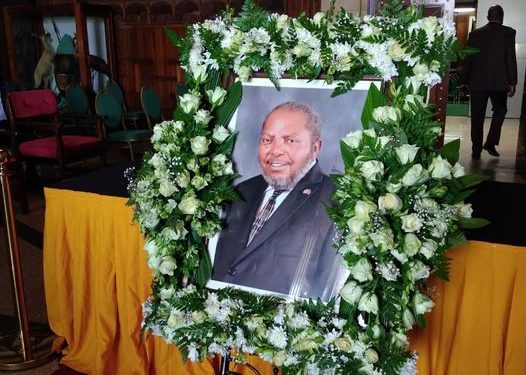 Longest-serving Bank of Uganda Governor Prof Emmanuel Mutebile was on Sunday laid to rest at his ancestral home in Kabale. Mutebile died on January 23 at Nairobi Hospital, Kenya.

Speaking during the burial ceremony, Kabale LCV chairman Nelson Nshangabasheija said that the position of Governor Bank of Uganda should be ring-faced for people from Kabale.

Nshangabasheija urged that by doing so, the government would have exceptionally appreciated Mutebile’s contribution.

Mutebile served as the governor of the Bank of Uganda from 2001 until his death.